Mürbeteig, a "Wee Wisdom" Recipe from the Vault 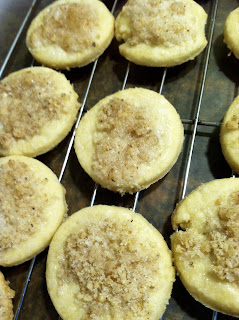 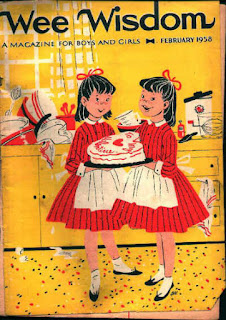 Mürbeteig is another treasure I rediscovered when I took possession of my mother's dark green recipe box.

I hadn’t made the traditional German cookie/pastry in years, even though I had a handwritten copy of the recipe in my collection. I felt a pang of nostalgia when I discovered the old yellow clipping that I had carefully pasted onto one of my mother’s note cards, when I was in elementary school. I had found the recipe in Wee Wisdom, a classic monthly children's magazine that my Slovenian American grandmother had ordered for us. 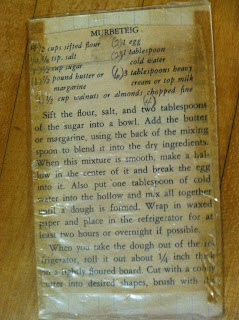 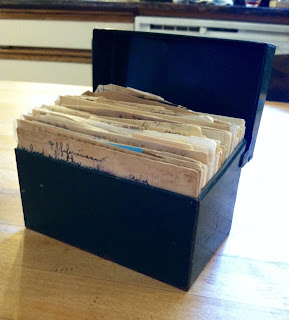 Wee Wisdom (1893-1991) was America's longest-running children's magazine. It was the creation of an Oberlin College graduate named Myrtle Fillmore, who had also co-founded the Unity Church, a part of the Christian New Thought movement, with her husband.

Unity emphasized a “practical spirituality” that included healing through prayer and the power of positive thinking. By the mid-1900s it had evolved into a thriving organization, with a number of publications and a mail-and-radio based ministry. Unity's approach appealed to my free-thinking grandmother, who had become disenchanted with the Catholic Church.

My own mother, who was even more of a free-thinker, had her doubts about a children's magazine with a hidden religious agenda. But her fears turned out to be groundless. By design, the publication was nonsectarian. It was nothing more than a wholesome, uplifting magazine with a variety of features that would appeal to boys and girls.

Including a monthly column called "Cooking is Fun." That's what appealed to me.

Mürbeteig turned into a Christmas cookie standard at our house. The recipe was deceptively simple, almost exotic to the American palate. I had memories of a buttery, barely-sweet pastry, cut into shapes and then finished off with a crunchy topping that worked like magic: cream, sprinkled with sugar and chopped nuts.

I knew I was taking a chance, making mürbeteig again after all these years. Would it measure up? But the recipe did not disappoint.

I wondered whether there might be a Slovenian equivalent of mürbeteig. I did a search and discovered it in a German language recipe for the famed Slovenian strudel pie known as prekmurska gibanica, where mürbeteig serves as the bottom crust. In Slovene, that bottom layer is described as krhko testo, or short crust. In other words, a classic shortcrust pastry, which differs from the typical American pie crust because it includes egg and a little sugar. Krhko testo is also used as the foundation for a number of piškoti (cookie or biscuit) variations on contemporary Slovenian cooking websites. 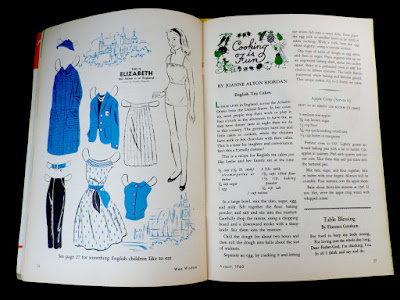 
Sift flour, salt, and sugar into a bowl. Add butter, using back of the mixing spoon to blend into dry ingredients. When smooth, make a hollow in the center and and add the egg and cold water. Mix together until a dough is formed. Wrap in waxed paper and refrigerate for at least two hours or overnight if possible.

Roll chilled dough 1/4 inch thick on lightly floured board. Cut into shapes (I find simple rounds are best) and brush with cream or milk. Sprinkle with sugar and add nuts if desired. Bake at 375 degrees for 15 minutes or until lightly browned.

Another possibility I discovered: Roll a portion of dough into a circle, brush with butter or egg, and sprinkle with a nut-sugar mixture. Cut into wedges and roll up to make the traditional Slovenian nut horn shape!