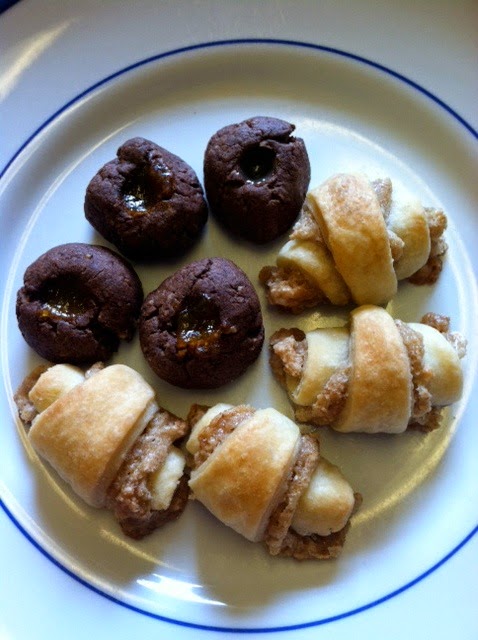 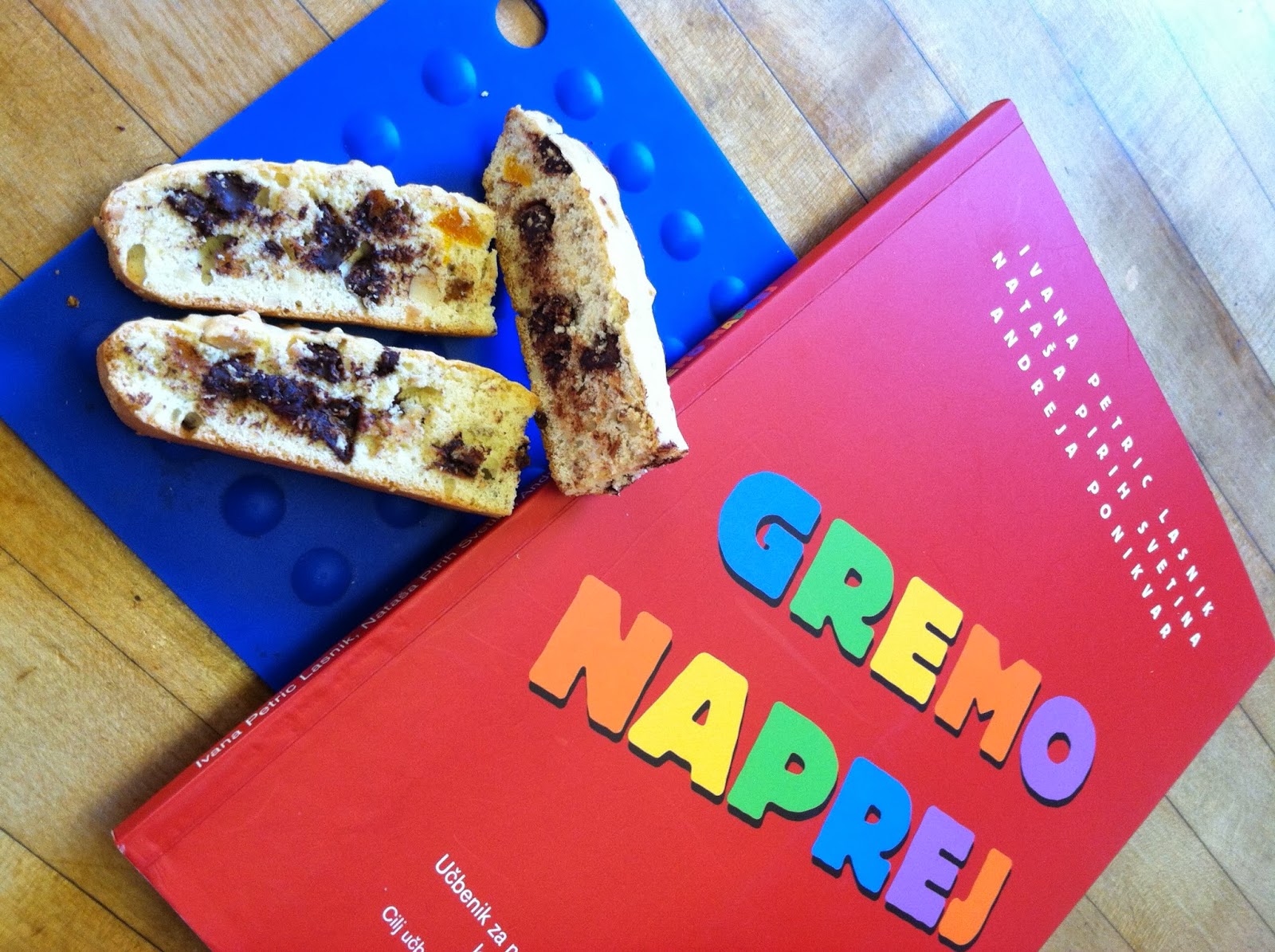 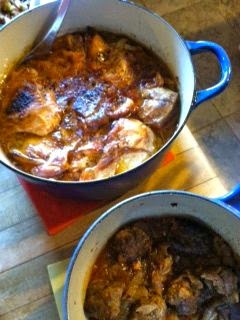 "Why don't you make your father's gedempte chicken?" I said to my husband.  "I'll be the scribe."

It was Passover week, a time when traditional Eastern European Jewish dishes appear on many American tables, including ours. I was eager to document another piece of family culinary history.

I had recently written about Murray's Kreplach.  Gedempte chicken, another one of my father-in-law's recipes, seemed like the perfect follow-up.  He had learned to make both dishes by watching his mother Rose, who emigrated from her village in Poland at around the same time my grandfather left Slovenia.

Murray had introduced us to this rich chicken dish during one of our visits.  The second time he made it, my husband watched and made notes.  Back home, he reproduced it, using his father's cooking as a model.

Gedempte chicken is an unusual dish with simple ingredients.  It is a rich, onion-laden stew or fricassee with a twist: little meatballs simmering along with the pieces of chicken. The seasonings are nothing more than salt, pepper, paprika, with a touch of catsup at the end.  The key is to brown the ingredients well and then simmer slowly, so the meats and onion release their juices.  In theory, no additional liquid is need to create a thick sauce.

"Why don't you check your notes?" I suggested to my husband, before he started to cook.  I wanted to be sure we came as close as possible to his father's original version.

"Notes?" He looked puzzled.  He didn't have them. In fact, he didn't recall writing anything down.

Hmm.  I could swear we had an old envelope with a rough sort of recipe jotted down. Oh well. I suggested he call the source, Murray himself, for a quick refresher course.

When he got off the phone, my husband gave me an odd look.  "There are no meatballs."

"No meatballs?  You mean he's changed the recipe and now he leaves out the meatballs?"

"No.  He says he never used meatballs.  That's not part of the dish."

We were both baffled.  Had we imagined those little meatballs, the most distinctive element in the dish? Or perhaps my husband picked up the idea on his own and had completely broken with Jewish tradition.

It was time for some research.  My Jewish cookbooks weren't much help, but I discovered plenty of information on the Internet. "Gedempte" is a Yiddish term that means "well-cooked." I found at least a a half dozen recipes for gedempte chicken, some with meatballs and some without.

I was relieved.  The meatball variation wasn't some rogue version of gedempte chicken my husband had invented, even if the source remained hazy.

My husband had a good solution.  He would follow his father's latest directions, with chicken only. Then he would make a separate batch of meatballs, relying on his own memory and intuition.

When it came time to eat, we did a taste test. The first night, we ate the chicken and meatballs separately. By itself, the chicken was tasty.  In fact, it reminded us of my own Slovenian-style chicken paprikash, minus the sour cream. (Dairy products in a meat or poultry dish would violate Jewish dietary laws.) The meatballs were just fine. Matzo farfel, another Passover favorite, was the perfect accompaniment.  Other good (non-Passover) options to accompany the chicken stew immediately came to mind:  buckwheat kasha, homemade egg noodles, or even some nice Slovenian mlinci!

But this was not the gedempte chicken we had come to know and love.  So, after dinner, the chicken and meatballs went into the same pot, where they mingled overnight. The next day, the flavor was even better after reheating.

Our verdict:   Gedempte chicken is great, however you make it.  But mixing in the meatballs takes the dish to a whole other level.

But why take our word for it?  Try it yourself!

UPDATE: In spring of 2018, the mystery deepened. On one of our visits to Florida, were were shown a fifteen-year-old profile of Murray, along with his gedempte chicken recipe, from a local Jewish newspaper. It included meatballs! 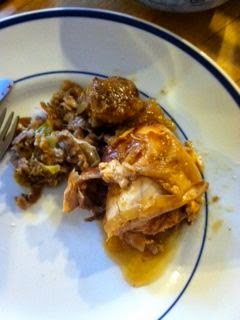 
Sprinkle paprika, pepper and salt on chicken.  Brown thighs, skin side down, in Dutch oven. Remove and brown the breasts.  The goal is to brown the skin and remove some of the fat. Remove chicken from pot.  Saute onions with additional paprika, salt, and pepper until softened. Add chicken.  Cover and simmer for several hours.  You should not need extra liquid, but if you must, add a little water or broth. Add catsup in last hour. Taste and adjust seasonings before serving.


For the meatball option:

Mix beef, matzo meal, egg, and seasonings well. Form meat mixture into small balls the size of a walnut. Brown in vegetable oil in a large saucepan.  Drain off fat. Add onion and garlic.  Return meatballs to pan. Cover and simmer for several hours. You should not need extra liquid, but if you must, add a little water or broth. Add catsup in last hour. Taste and adjust seasonings before serving.

The chicken and the meatballs can be served separately or combined and simmered together.  Serve with matzo farfel, buckwheat kasha, noodles, or mlinci.