A Spicy New Honey Cake for a Sweeter New Year 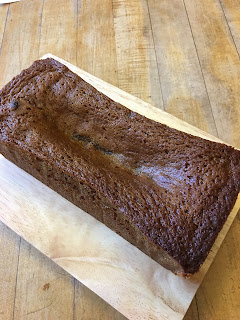 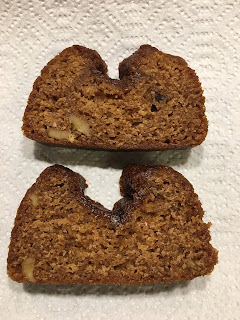 Last fall, I didn't make honey cake for the Jewish holidays. It was a sad season that marked the beginning of a very hard year. First, the death of my mother Alice in February. Five months later, the death of my father-in-law Murray, who is remembered on this blog for his kreplach and gedempte chicken recipes. And in the last month, we have faced a few more family health challenges.

And so I return to this blog, after an absence of many months. And once again it is time to make honey cake for Rosh Hashanah--and to hope for a sweeter new year for all of us.

The last time I made honey cake, two years ago, an unusual recipe for honey cake had started making the rounds of Jewish publications. The year before, I had finally arrived at a recipe for what I called the Best-ever Jewish Honey Cake. It was an adaptation of a recipe from the great food writer Claudia Roden. Except for a slight cosmetic problem (sinkholes in the middle) I couldn't have asked for anything better. But now this new recipe, and the story behind it, had caught my eye.

The recipe was the creation of Lior Lev Sercarz, owner of a high-end spice store in New York City and author of two cookbooks. This Israeli-born chef and spice expert wanted to capture the flavors of his childhood, so he made a few changes to the traditional holiday sweet that is strongly rooted in the Eastern European (Ashkenazi) Jewish tradition.

The most striking change? Instead of honey, Sercarz used a Middle Eastern ingredient that was new to me: silan, otherwise known as date honey or date syrup. He used olive oil to evoke memories of his father's olive groves near the Sea of Galilee. For the liquid, he added pomegranate juice instead of coffee or tea. Finally, he departed from the familiar mild "sweet spice" blend that is used in European baking, consisting mostly of cinnamon, along with touches of other spices. Instead, he used his own unique spice blends, with exotic names (like Rheims #39 and Yemen #10) and precise formulas that were only hinted at on his website. For those who had to rely on their own more modest spice collections, he suggested a simple alternative: a tablespoon of whole anise seed with smaller amounts of ginger and nutmeg.

I tried his recipe twice. Once with good Slovenian honey and once with a jar of date syrup I found in a local Middle Eastern grocery. The honey loaf was quite good, with a sharp anise flavor and a nice light texture, although my husband preferred the slightly richer and moister version from the previous year. The version with date syrup was less successful, perhaps because I used coffee instead of pomegranate juice and had to use a little rye flour when I ran out of white. The sprinkle of sesame seeds on top was a nice touch. And these loaves didn't sink at all, as you can see from the photo below. 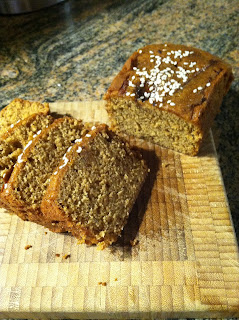 After all that experimenting, I concluded that we still preferred Claudia Roden's honey cake recipe as a foundation, sinkholes and all. But I really liked the sharper and more complex flavor Lior Lev Sercarz created with pomegranate juice and anise. The best solution seemed to be a compromise. I put the two together and finally came up with the recipe below, which seems to be the best of both worlds, Eastern European with a touch of the Middle East. 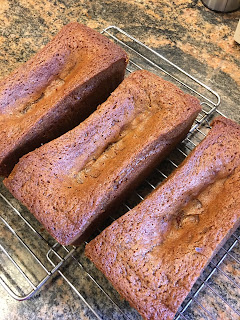 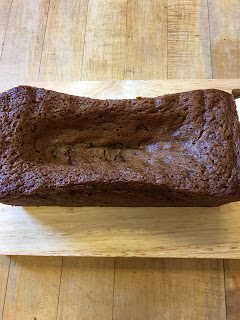