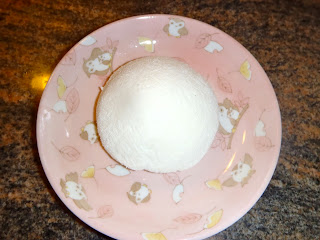 If any of these are familiar ingredients in your kitchen, there is a good chance that your roots are Eastern European or Jewish.  If not, you probably grew up on the East Coast or in parts of the Midwest where people from these communities lived.

When I was growing up in Cleveland and Chicago, a product called "dry curd cottage cheese" was carried by most grocery stores, right alongside the familiar creamy variety. My mother, like most people, used this dry, mild cottage cheese for baking.  Most often, she used it to make the sweet filling for cheese blintzes.  (She never did let on that this was a Slovenian dish as well as a Jewish one!)

As a child, I was fascinated by the taste of dry curd cottage cheese.  I always managed to sneak a little sample, before my mother put it through the food mill and added sugar, vanilla, and eggs.  It was dry, tart and almost aggressively bland.  An empty canvas, waiting to be transformed.

Somewhere along the way, dry curd cottage cheese seems to have disappeared. Sometimes I could find  something similar: firm rectangular blocks of Friendship farmer cheese, shaped like cream cheese but with the taste more like dry curd cottage cheese. But eventually, even farmer cheese became harder to find, especially after we moved to California.

Most often, if I needed to make a cheese filling for either a sweet or savoury dish, I ended up substituting regular cottage cheese or (as the years went on) Italian ricotta.  But it wasn't quite the same.

During my just-completed year of Slovenian cooking, I discovered even more dishes that called for curd cheese fillings.  An elaborate dessert called prekmusrka gibanica or strudel pie.  Savoury dumplings like štruklji and žlifkrofi.  Ajdovi krapi or buckwheat turnovers.  And even a nice cheese spread with pumpkin seed oil.  At first, I just used ricotta, and it was fine.

But I was thrilled to find a wonderful local source of farmer cheese in a shop right around the corner. It is called Farmers Cheese, Russian style, made by Belfiore Cheese Company in Berkeley.  It comes in rectangular tubs.  This cheese has a delicious tang and is a little moister than the dry curd cottage cheese or the block-style farmer cheese I used to be able to find.  It became my baking cheese of choice for ethnic dishes. 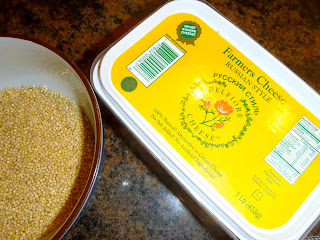 Since I now had a fine local source, it would never have occurred to me to consider making my own curd cheese if I hadn't taken on the challenge of salt-free cooking.

It was all because of Sodium Girl (of course!) who had written a funny but informative blog post about paneer, the Indian cheese that shows up as firm white cubes in any number of delicious vegetarian dishes.  She had become a big fan of paneer because, unlike almost all other cheeses, it is usually prepared without added salt.  She also noted that it is easy to make at home and included a link to a simple recipe. (Take a look at her full post, Paneer is Here.)

So that got me combing the Internet for paneer recipes.  And I quickly learned that paneer is one of a family of simple, uncured homestyle cheeses. Remember Little Miss Muffet who sat on a tuffet, eating her curds and whey?  Well, these cheeses are the curds minus the whey.

Farmer cheese and pot cheese.  Russian tvorog and Indian paneer.  Mexican quesco fresco and Slovenian skuta.  Every culture seems to have a version.  They are variations on a theme. They all begin the same way.  Milk is heated, and then an acid (usually lemon juice or vinegar) is stirred in, to separate the curds and whey.  In other words, the milk curdles.  The curds are drained and either left as dry crumbles or pressed into a firmer cake or block.

Sometimes a cultured milk product, like yogurt or buttermilk, is added along with the vinegar or lemon juice.  There are various degrees of sitting, heating, and pressing involved.  Some recipes do call for a little salt at the beginning, but most seem to wait until the cheese is in its final form before adding.

Salt-free cheese.  It seemed too good to be true. I had assumed that any farmer cheese or curd cheese I bought would have at least some added salt.   Besides, I was intrigued. So I set out to make my own.

As it turns out, I was wrong to assume that commercially-made farmer cheese and curd cheese always contain added salt. Belfiore, my local brand, does not.  But I'm glad I didn't discover this until recently, or I might not have set off on my cheese-making adventures.

Here is an interesting article about the history, disappearance and re-emergence of farmer cheese, with a nice mention of my two favorite brands:  New York-based Friendship and Berkeley's own Belfiore.

Ready to try making curd cheese yourself?  Take a look at the next post for a step-by-step recipe.