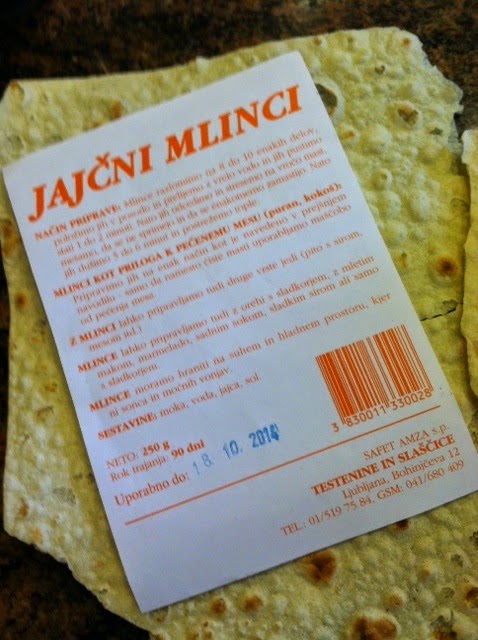 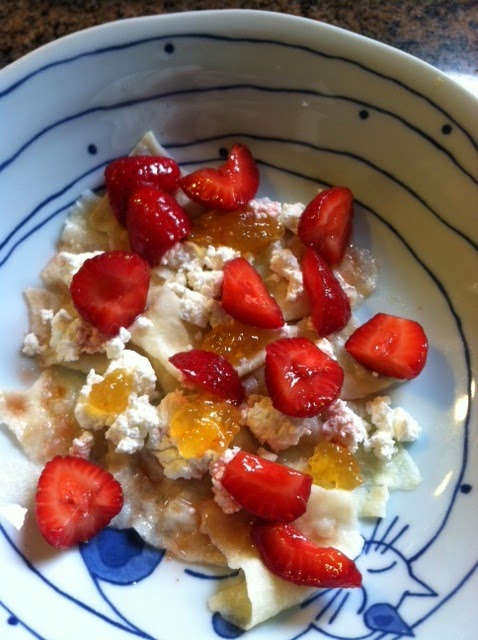 I was in an odd state when we returned home to California after three weeks in Europe.

I felt suspended between two worlds. I kept dreaming of faraway landscapes. The beautiful Adriatic coast. Remote settlements in the Dolenjska hills where my Slovenian ancestors once lived. Limestone caves in the karst. Castles and bridges in Ljubljana, Slovenia's capital. The jagged vitality of Kosovo.  Steeples and minarets. The harsh and mysterious mountains of Northern Albania. And all the welcoming people we met along the way.

The food and wine were also memorable, but they were a backdrop to the deeper journey.

Still, I was glad to have brought back a few edible souvenirs. Sea salt from Piran. Domači prijatelj (Slovenian biscotti) from the big modern Maxi Market a blocks from our studio apartment in Ljubljana, where we spent a week. From the apartment, it was just a few more blocks to the daily farmers' market near Ljubljana's old town. We consumed most of our purchases, but I did end up with two market mementos to bring home: a half-eaten bag of honey cookies and a big package of mlinci. 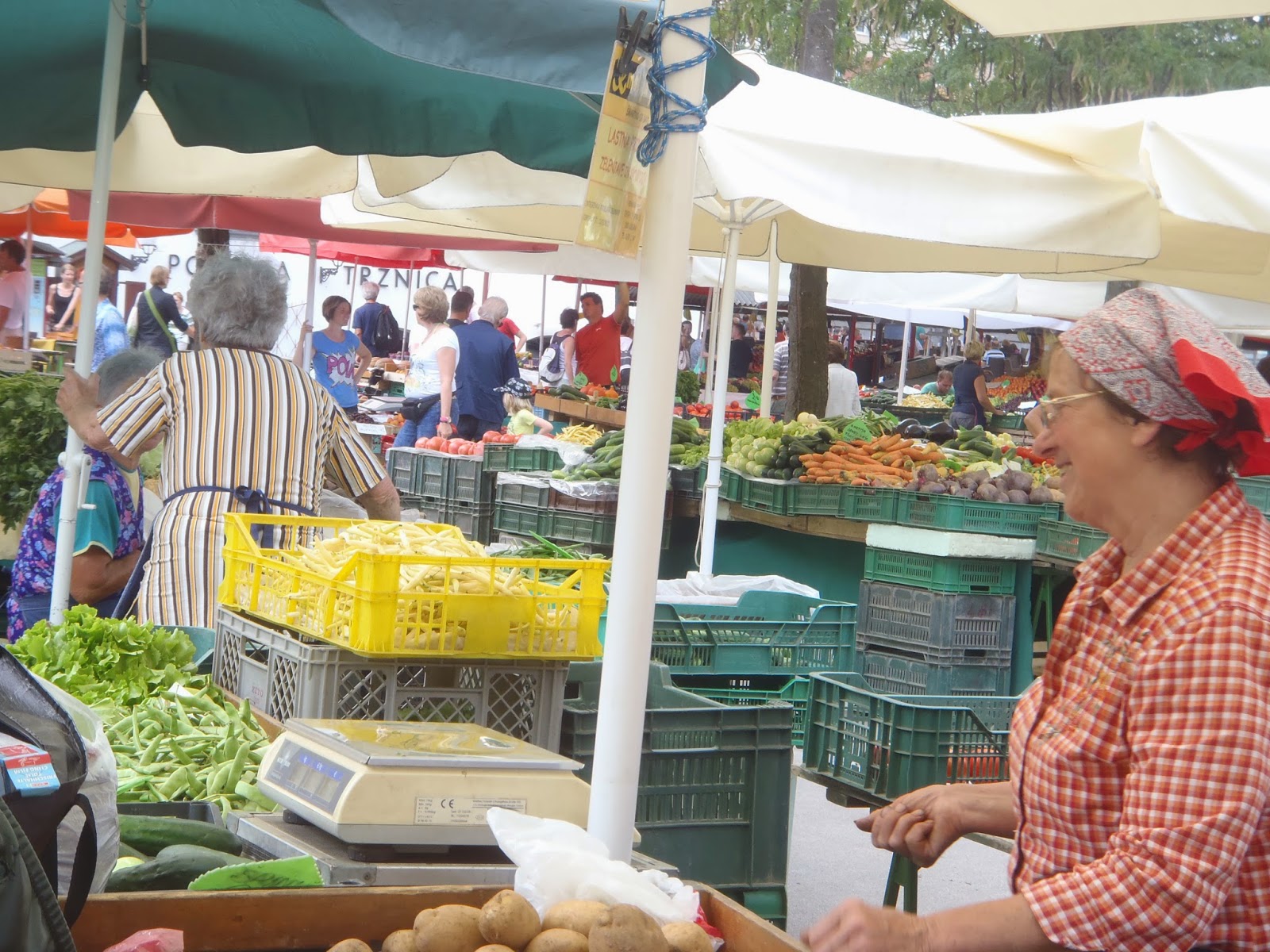 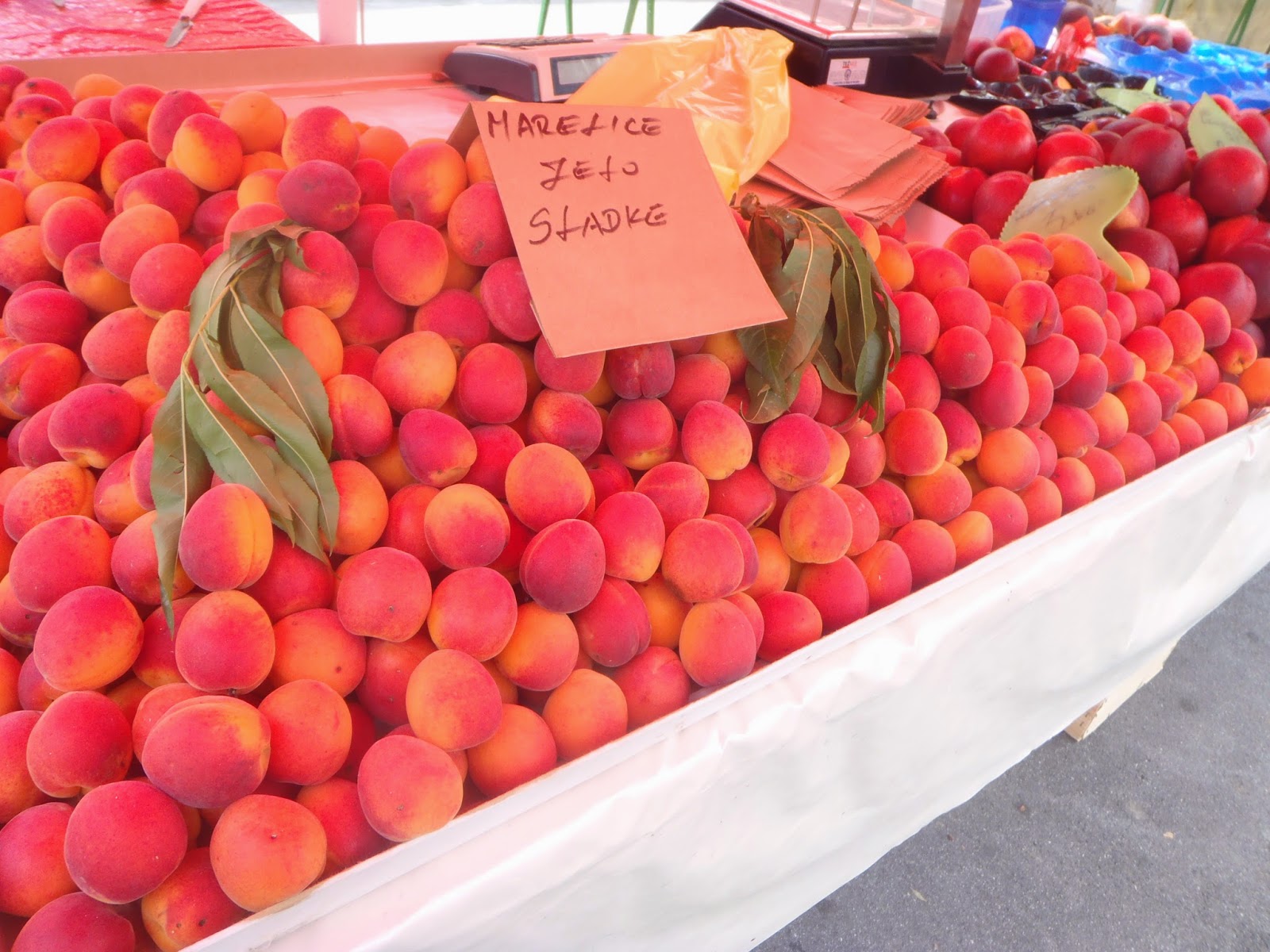 Mlinci (m'LEEN-tse) is an unusual food, at least by American standards, although it is a staple in Slovenia and northern Croatia. It is a sort of  egg noodle/cracker hybrid: first baked into a large flatbread and later reconstituted by soaking. I had made it from scratch exactly two years earlier, in July of 2012, as a foundation for a stuffing-like side dish to accompany roast duck.  At that time, I had to rely on photos and recipes as a guide, so I was excited to spot a package of the real thing at one of the stalls at the Ljubljana farmers' market. 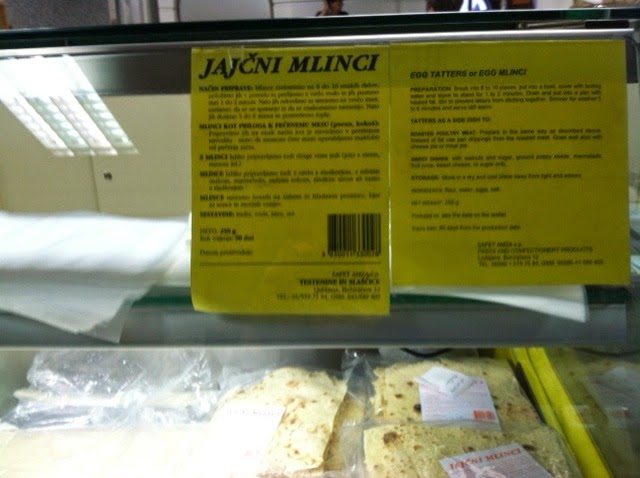 A closer look (and a taste) showed me where I had gone astray. The genuine Ljubljana mlinci was far more thin and delicate than the sturdy rounds I had created in my Berkeley kitchen.  According to the directions that came with my purchase, only a very short soak was needed. Suggestions for a variety of sweet and savory preparations were included.

A few days after we returned home, I decided it was time to break out the mlinci, with my husband doing the honors.  I suggested that he roast a chicken and explained how to soak the mlinci and then toss them in the pan juices.  He added a few twists of his own, onions and mushrooms, and created a tasty side dish that was even better than my own first attempt. 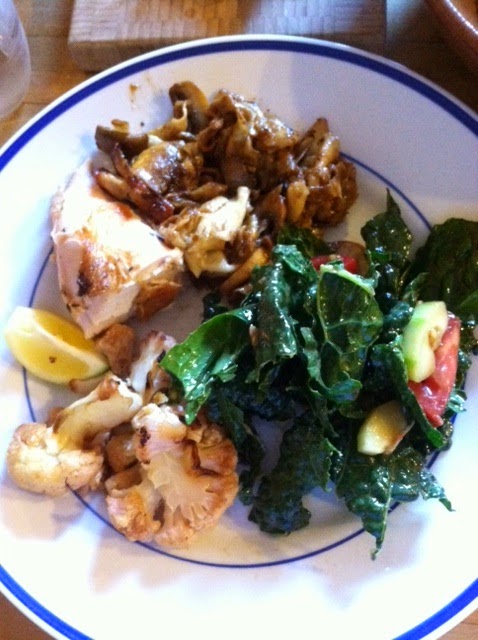 I had also read that unsoftened mlinci could be broken up and (in the words of the cooking site) "crashed into the soup." So, a few days later, I made soup from the leftover chicken carcass and added a garnish of mlinci. It was an easy and tasty addition.

I kept thinking about a sweet mlinci dish. The instructions had suggested a few possible additions, along with sugar.  Curd cheese and marmalade. Poppy seeds and nuts. Fruits. It sounded like a promising breakfast dish.

This week, I finally gave it a try. The first time, just for myself, I layered soaked and drained mlinci bits with orange marmalade, fresh strawberries and farmer cheese.  Not bad.  It tasted like a sweet Jewish noodle kugel.  Or--a closer parallel--sweet matzo kugel.

On the weekend, feeling more confident, I decided to make a breakfast dish to share with my husband.  This time around, I used blueberry preserves along with the farmer cheese and strawberries, and I popped the finished mixture into the microwave for a quick warming.  With a little Greek yogurt on the side, it was a lovely and elegant weekend brunch dish that reminded me of deconstructed blintzes.

At this rate,  I will soon face a new challenge: replenishing the mlinci when the current supply runs out! 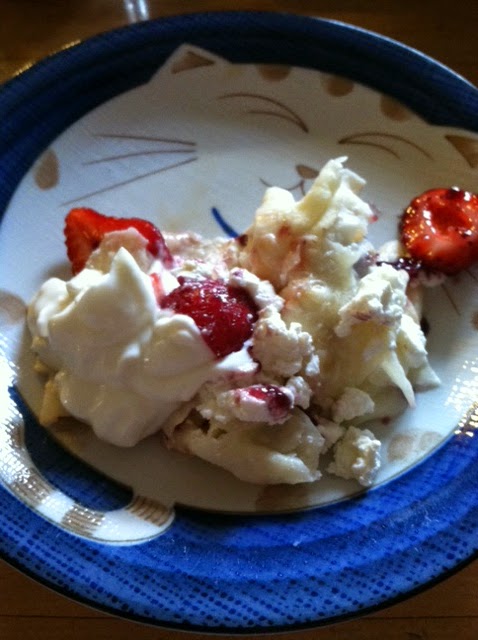 mlinci, purchased or homemade
curd cheese or farmer cheese
marmalade or preserves
strawberries or other fresh fruit, cut up and sweetened if desired
Greek yogurt or sour cream for serving

Break mlinci into bite-sized pieces and soak in very hot water until softened. With thin mlinci, this may take just a few minutes. Drain in a colander or sieve. Prepare berries or other fruit and sweeten with a little sugar, syrup, or preserves if desired. In a serving bowl, make several layers of  mlinci, cheese, marmalade or preserves, and fruit. Tastes especially good (like blintzes!) if warmed up before serving.  Garnish with yogurt or sour cream.